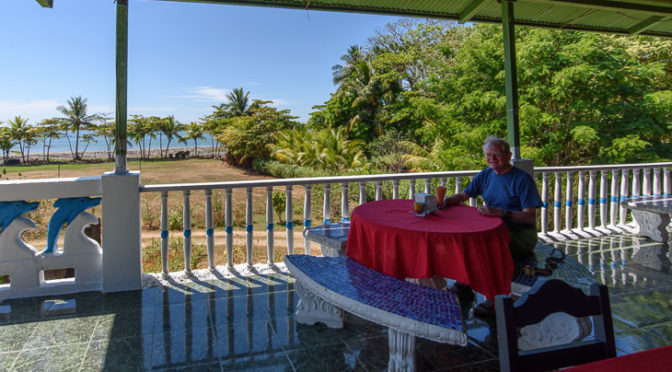 Costa Rica is a rugged, rain–forested Central American country which borders Nicaragua to the north and Panama to the south-southeast.The tropical coastal plains rise to mountains, active volcanoes, and a temperate central plateau where most people live. Situated here its capital, San José, is home to cultural institutions like the Pre-Columbian Gold Museum.The only country in Central America with no standing army, it enjoys continuing stability after a century of almost uninterrupted democratic government. Tourism, which has overtaken bananas as Costa Rica’s leading foreign exchange earner, bolsters the economy. A quarter of the land has protected status; the beauty of the rain forest with its exotic display of flora and fauna is the main attraction of thiscountry.

The span of the Costa Rican territory, from the Pacific Ocean to the Caribbean Sea, is just 200 miles but the variety of landscapes and microclimates that can be enjoyed even in a short visit make it a paradise destination. In only 51 thousand square kilometers, the traveler can find: nature and culture, adventure,sun and beaches; necessary components to satisfy the requirements of the many tourists that now find their ideal holiday in Costa Rica.The country is surprisingly accessible – one can travel from coast to coast in just three hours by car or 45 minutes by plane.

The Caribbean region stands out for its variety of aquatic ecosystems and its beautiful white and black sand beaches, providing an ideal setting for activities such as sport fishing, snorkeling, and sun bathing. The Pacific coast does have some big tourist centers and its beaches are very popular for surfing, but there are also very remote areas where the nature has been well preserved. Considered one of the most bio-diverse regions in the world, Costa Rica is divided in 20 natural parks, 8 biological reserves, and a series of protected areas that captivate ecotourism lovers. The variety of activities includes horseback riding, hiking mountainous paths in the cloud forests, and guided bird-watching tours.

Costa Rica possesses the greatest density of species in the world. It has been stated that Costa Rica may contain as much as 6% of the world’s plant and animal species. The most impressive plants range from huge ficus trees with epiphytes abounding on their limbs to approximately 1500 different orchids. The animals are equally as impressive, whether it’s the jaguar (the largest cat in the New World), the acrobatic spider monkeys, or the wonderful birds like the mythical green quetzal andthe noisy scarlet macaws. The amphibians and reptiles are also notable; the tiny poison–dart frogs with their bright colors catch one’s attention, as do the large green iguanas.

I stayed at 3 luxury lodges similar to those I knew from safari tours to Africa but in the jungle rather than open savanna. One was at 2500m height above sea level and it was very cold there at night and in the early morning when we went to see the fabulous quetzal bird. In the dense jungle one does not see any big cats or anything else much of size. The largest animals I saw were a group of peccaries, a sort of wild pig. Tapirs are rarely seen and jaguars do exist but are not see by tourists. One guide even admitted that she had never seen any sort of cat in the 10 years she had been there. Of the 4 species of monkeys native to Costa Rica I saw three: howler, spider and squirrel monkeys, missing the capuchin monkeys although they are often seen. I did see both sorts of sloths, 2 and 3 toed, agoutis and coatis. The wildlife viewing is mostly about the birds of which the scarlet macaws and the large toucans are the most spectacular. I would have liked a better picture of a macaw but I did see them several times, sometimes flying directly overhead. Two species of the minute poison-dart frogs and one poisonous snake were spotted, along with iguanas and lizards.

The first lodge was not very far from a road and did not have very extensive grounds, so I made day excursions to two other private parks, one of which was a biological research station. The mountain lodge was an ideal place to see many species of humming birds and other small birds as well as the quetzal with its very long tail feathers. One trip took me to the top of a nearby mountain at 3400m above the tree-line but this did not really reveal anything exceptionally interesting.

The last lodge where I spent most of the second week is beautifully situated on the Pacific coast 150m above a fantastic beach which is completely deserted. I could look out from my terrace across the swimming pool to the sea and in the evening watch the sunset. There were enough prepared private tracks in the jungle to occupy the week, sometimes with a guide or alone. One route was along a riverbed down to the beach and others led to small waterfalls the biggest being 25m high. There one could go into the water to cool down. In the sea it was too rough and there were dangerous currents.