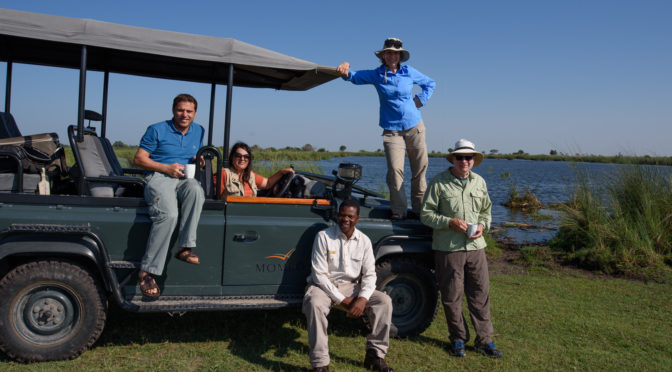 The hot lunch time spent at the lodge was followed by a thunderstorm in the early afternoon. Nevertheless we set off on a slightly delayed safari drive and were rewarded by a sighting of a cheetah with two quite large cubs.  Cheetah have also benefitted from the reduced number of lions since all the big predators struggle to compete for the same resources. They were in a large open area which is flooded later in the year and allowed us to watch them for some time before they moved off to hunt.  They chased some impala but without success. On another occasion we saw them again sheltering from the sun under a palm bush. The following morning we were greeted at dawn first by a heard of buffalo and then again a heard of elephants with young ones. A long drive took us to a large lake to view hippos which however kept their distance from us.