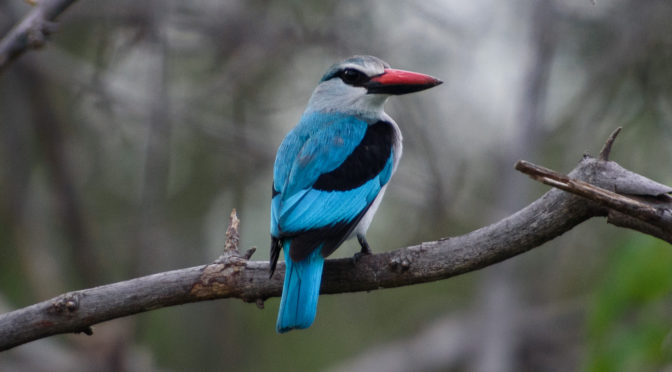 The Chobe National Park covers about 11,700km² of the northern Kalahari, much of it impenetrable thorn bush growing on deep sand. This is an old safari area. Livingstone visited it in the 1850s, as have countless big-game hunters since. The key to this safari area are the animal migrations. Chobe’s animals move in complex, ancient patterns determined by the rain and available food. Within National Park there are two areas with a few luxurious private lodges and the Chobe riverfront is perhaps best explored using one of the mobile houseboats. The clientele on the boat, consisting mostly of Americians, seemed more comfort orientated than that in the camps despite the accommodation being cramped compared with the spacious tented lodges.

The lush riverfront is noted for the large concentrations of megafauna (elephant and buffalo) that gather on its banks in the especially dry season when it is the only major source of water north of the Okavango. Hence game is attracted from great distances. The river itself originates, like the Okavango, in the highlands of Angola and eventually flows into the mighty Zambezi.

The birdlife is also excellent, from ubiquitous fish eagles to a myriad of herons and waders. The amazing fishing skills of the iridescent malachite and other (pied, giant and woodland) kingfishers are just one highlight of the Chobe river.