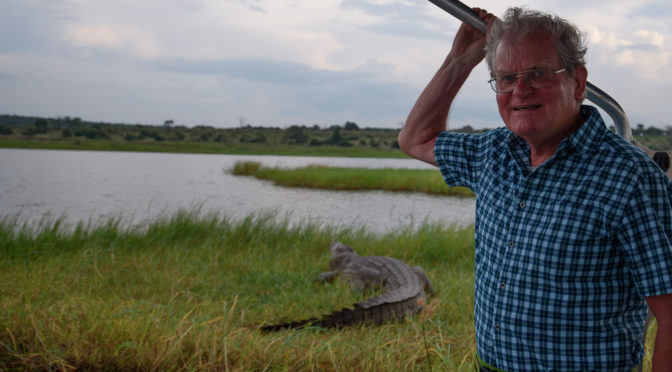 Some sizeable hippos and crocodiles can be seen at close quarters from  the small boats used for safari trips.

The elephant carcass could still be seen the next day and when the pride was not feeding it would be guarded by  a single lioness which would chase away the large numbers of vultures that had collected. Crocodiles were also lurking at the edge of the river waiting for their opportunity. On the final morning before my departure the lionesses had withdrawn to the shade and the sight was dominated by the vultures and some marabou storks.